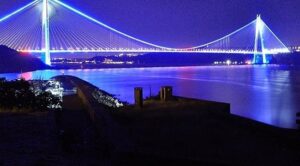 Declared as “World Autism Awareness Day” by the United Nations, April 2 is celebrated every year to raise awareness about autism and find solutions to autism-related problems. Autism is known to be a growing diversity around the world. 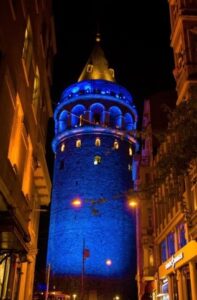 April 2 is celebrated this year to make autism-related problems visible and find solutions to problems. Within the framework of “Autism Awareness Month“, which started on April 2, it is aimed to encourage research on autism in the world, to increase awareness on this issue and to spread early diagnosis and treatment.

Autism can be seen in every geography and at every socioeconomic level. It is known to occur 3-4 times more often in boys than in girls. Although the cause of autism is still unknown, medical research shows that environmental factors may also play a role in addition to genetic factors.

Even if the name of autism is the same, it can be seen in every child with different symptoms, the clinical appearance, treatment and progress of each child will not be the same. The most effective treatment method is special education for autism.

Important iconic buildings in our country were illuminated with a blue light on April 2 within the scope of the “Light Autism Blue” campaign, which is organized simultaneously all over the world in order to draw attention to autism and increase awareness.

We also tried to be a part of this meaningful awareness movement by turning blue light on autism in our home during this period when the “Stay at Home” call was made.

At Gaziantep University we also participated via phone in a Radio Programme to talk about the IPAT project.